I have been thinking about which part of the trip  should I start writing about first but then I thought, what would make the most sense will be to give an overarching itinerary, my overall thoughts and answer the questions that I received from some of you.

I am going to tell you guys an embarrassing secret, one of my silliest guilty pleasures is to scout for locations shown in the movies =))  I had been wanting to go to Ireland ever since I had seen P.S I Love You and The Leap Year ( the movies! ) So yes, I had this romanticized version of the country – with beautiful landscapes, sheep blocking the roads and villages full of happy, chatty people.  the best part? Ireland did not disappoint !! I fell in love with the magical scenery, the rolling lush green fields, country side, the sparkling ocean and the extremely hospitable and ever ready to chat – Irish people. #TakeMeBack

I will be detailing the trip in the coming weeks but for now, if you are planning a trip – hopefully the points below will be helpful. 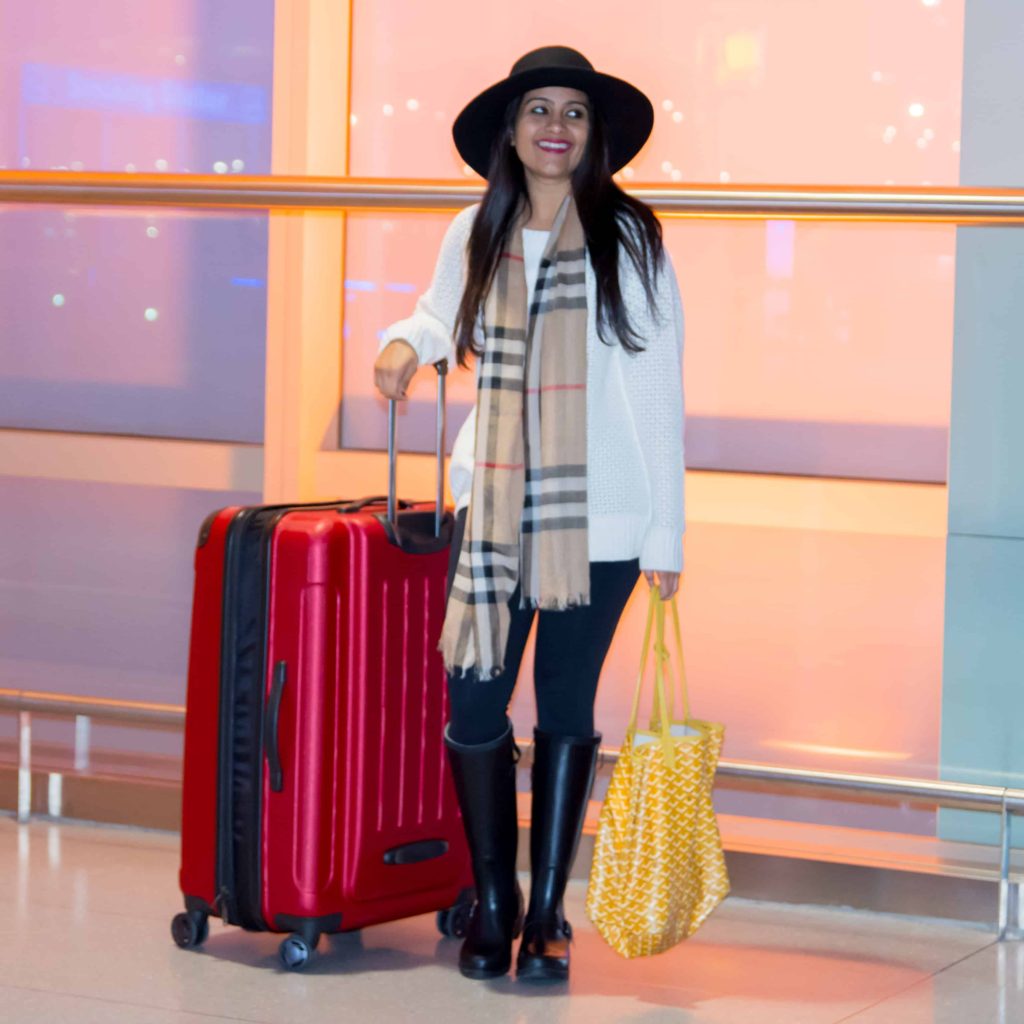 Day 1: We reached Dublin late evening, dropped our bags at the hotel and left right away to start our rendezvous with Ireland. We headed straight to Temple Bar to grab dinner. It is one of the most popular areas in the city –  the hub for pubs, restaurants and lively nightlife.

Day 2 : I was dying to go to Trinity College and go see the popular library and the Book of Kels exhibition.  After a quick breakfast which included  Irish scones lathered with jam ( so yummy! ) and Amit decided to wash everything down with some beer. (you know… like the Irish do! ) we walked to Trinity College. We did the tour that the college offers ( you can skip it ) and then spent atleast two hours inside the library. It was like being in Harry Potter. 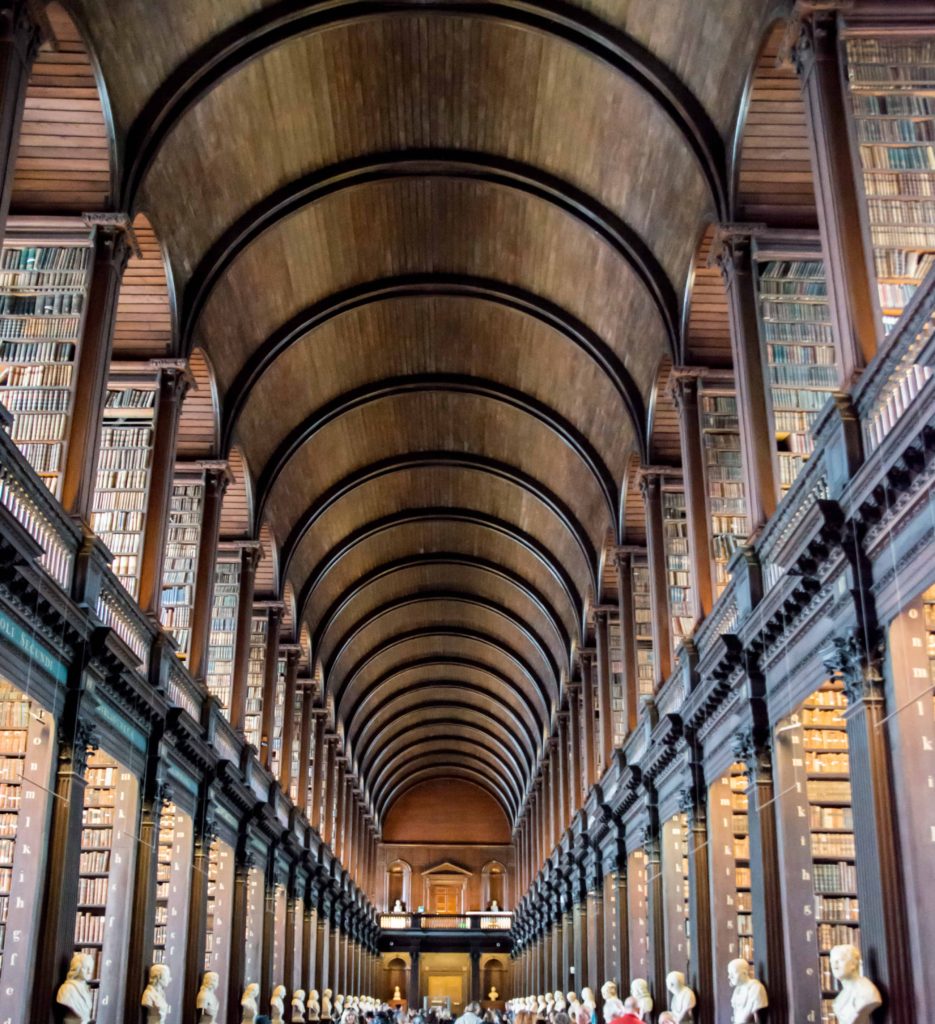 Later in the afternoon, we went to St. Stephens Green Park and walked around. The leaves had started to fall and the park was glistening with shades of yellow, red and green. The weather was beautiful one minute and just the next second – it started pouring! The Irish folks were not kidding when they warned us that the weather changes there on a dime. We rushed to the shopping center across from the park – and it was another gem in the middle of the city. Like Santa’s workshop.

That evening, we went pub hopping and had so much fun listening to live Irish music. It was one of my favorite things about the city, music flowing out of pubs and restaurants and the liveliness in the air.

Day 3: We took the Guinness Storehouse tour and no points for guessing that the mister was in his candyland. I am not a huge fan of beer but the cakes that you get in their cafeteria more than makes up for that. Plus the views of the city from their top floor are stunning!

Right after that – we left for County Sligo, taking too many unplanned stops to get down and take pictures of the lush green fields and fairy tale houses.

Day 4 : We had an early start and drove to Knocknarea Mountain. The hike was beautiful, slightly challenging though because it kept raining on and off – but the views were simply incredible, inspite of it being a rather misty day. We were greeted with horses and cows grazing almost all along the climb. I had so much fun befriending the horses, feeding them, talking to them – one of my dreams is to have my own horse one day =))

Right after that, we went to Glencar waterfalls. It’s a pretty spot, not too crowded with tourists. There’s also a small cozy cafe onsite where you can enjoy lunch with some of the most spectacular views.

Our next stop for the day was Downpatrick Head – and you cannot skip this! Stunning, uninterrupted views of the Atlantic Ocean. We spent about 2-3 hours just here because it was so calm, away from everything – a different world altogether.

Day 5:  Spending the night in Westport, we had a nice, lazy breakfast in nearby tiny village of Adare, we went to Ashford Castle. Make sure that you are able to visit atleast one castle hotels on your trip. There are a few  castle hotels across Ireland – that are as the name suggests, old historical castles converted into luxurious hotels. While the actual hotel is open only to guests of the hotel, the lovely, manicured gardens of the castle are open to public. Now here’s a secret to keep in your back pocket I asked the guards at the entrance of the castle if we could go inside for drinks and a quick bite. Voila! We were allowed to go in and its like you have stepped back in time but with a magical touch of modern luxury.

Check out the video below taken with our latest toy! #DroneVideo

Day 6 : This was probably my favorite day throughout the entire trip. I’ll say this – if you have just one day to spend in Ireland – it HAS to be spent in Dingle. This place is like a slice of heaven – the breathtaking views of the Atlantic ocean on one side, rolling fields on another, quaint houses scattered around and the cutest animals everywhere. The town of Dingle in itself is beautiful – rainbow-colored shops, chock full of pubs and eager to help and chat endlessly people. The Slea Head Drive was next on our trip and I fell more in love with Ireland, if that was even possible. It is a loop around the Dingle Peninsula and there are many scenic stops at every turn. We probably spent 5-6 hours just on the loop stopping almost every five minutes.

Day 7 : On day 7, we drove through the narrow roads of the Gap of Dunloe. This was definitely one of the highlights of our trip. People scared us about this drive – but trust me, it was scary at all. You have people running, hiking, biking, other vehicles, jaunty cars all on the same narrow roads so you just have to be prepared to stop or reverse a bit to allow for the two-way traffic.

Cruising around Ireland with @Hertz and falling in love with this place one turn at a time. ? Get all details of my comfortable #travelootd here http://liketk.it/2pq0D @llbean #partner @liketoknow.it #liketkit #ltktravel #loveplayingtraveler #ireland #bloglovintravels

We were staying at The Brehon hotel during this leg of the trip and decided to just take this day off. We were thoroughly exhausted,  having driven about 600 miles so far – this was such a much-needed break. We turned it into a spa day – had a long lazy breakfast, massages, afternoon tea, ordering room service… just basically winding down.

Day 9 : We went to the Killarney National Park, walked for hours amidst nature – hiking trails, waterfalls, castles and also did a romantic horse jaunty ride during the sunset. It was such a beautiful, romantic way to have the curtains come down on our wonderful trip. Originally we were to go to Cliffs of Moher on this day, but later decided to skip it and just enjoy the place and moment where we were.

Day 10 : Next morning, bright and early, we drove back to Dublin. We had a couple of hours in the city and made the full use of every minute there. I was just not ready to go back. On this day, we basically just walked all around the city, did some souvenir shopping, went to the popular St. Patrick’s cathedral, had a lot of Guinness and danced to live Irish music in one of the pubs.

Miscellaneous Notes and I have grouped the questions I received under some high level categories.

One thing you need to be prepared for is a LOT of time on the road. We were exhausted each night with all the driving. One good decision we made on the third day of the trip was that instead of covering each and every well-known spot, we’ll spend quality time in the spots we were. Otherwise, it can really get an insane circus of just driving, stopping, snapping and not really enjoying everything that Ireland has to offer.

We rented via Hertz Car Rental, they had locations right in the city, so that made it super convenient to go and pick up our car. Also, we had signed up for the Gold Plus Rewards, which helps us save so much of the precious time that goes in rental ca pickup. The car was ready for was when we went to the Hertz location, a quick license check and we were on our way. Get a GPS with your rental – it is worth every penny.

For our visa, we mailed out the documents along with the check with visa fees to the Ireland Consulate of Boston. The Irish visa obtained from a consulate in the US doesn’t come with the BIVS stamp, so if you want to visit the UK, you need to get a separate visa for that. Also, just with this visa you cannot go to Northern Ireland. That requires another visa.

Note : The visa details I have mentioned above are for  Indian passport holders only and are as of October 2016.

Hopefully I covered all questions that I received, but let me know if there’s something else you’d like to know. – xo Neha